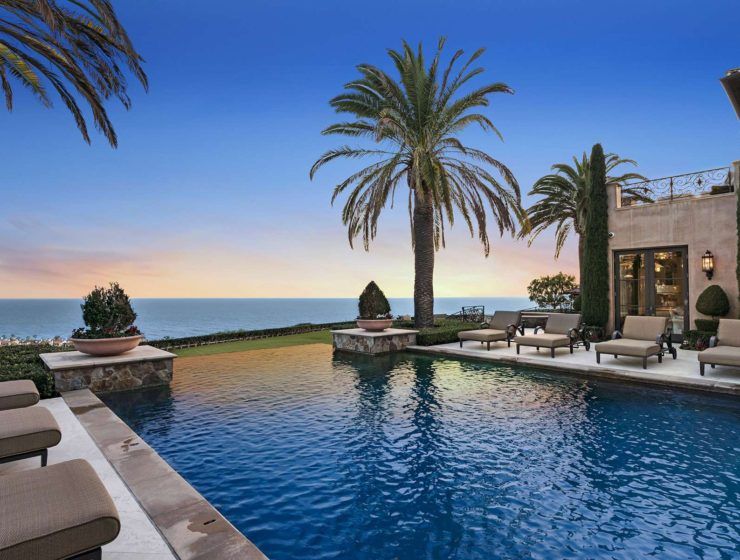 Newport Beach
Newport Beach, a coastal city in southern California, is known for its large, boat-filled harbor. Balboa Peninsula has 2 piers, Newport Beach Pier and Balboa Pier, plus the Balboa Fun Zone, an old-school amusement park with a Ferris wheel and ocean views. Local beaches include the Wedge, known for its big waves, and Corona del Mar State Beach. The Orange County Museum of Art exhibits modern and contemporary works.

A Community of Villages
Travel from the east to the west side of the city - or the north end to the south end - and you will get a flavor of the distinct residential and commercial areas that combine to make the City of Newport Beach one of the most attractive communities on the west coast. Newport Beach is known for its “villages”, each with its own distinct character and appearance. They include:

Balboa Peninsula
The Peninsula is a three-mile stretch bordered by Newport Harbor on one side and the Pacific Ocean on the other. It’s famous for “the Wedge,” arguably one of the best bodysurfing sites in the world and the Ocean Front Walk, one of the region’s most popular boardwalks. At the foot of Newport Pier lies the historic McFadden Square, named for the family that helped found the city and the Dory Fishing Fleet, where local fisherman bring in fresh seafood daily. Approximately one mile south of the Newport Pier is the Balboa, another of the city’s villages. Balboa includes the Balboa Pier, the Balboa Fun Zone, and the historic Balboa Pavilion. Catch the Balboa Ferry from here for the short ride over to Balboa Island.

Lido Marina Village
Lido Marina Village is a charming shopping area with waterfront dining, stores, the historic Lido Theater, and dynamic views of the harbor. Just over the bridge sits Lido Isle, a residential neighborhood located on one of the seven islands of Newport Harbor. The Cannery, a former fish canning operation, still stands nearby.

Corona Del Mar
Corona Del Mar, or the Crown of the Sea, is home to the beautiful Corona Del Mar State Beach and the Robert E. Badham Marine Conservation Area. Lookout and Inspiration Points offer scenic views of the ocean and the entrance to Newport Harbor. Just a few blocks inland is the “downtown” area of the village, where shops, boutiques and restaurants border both sides of Coast Highway and the 2.2-acre Sherman Library and Gardens is known as a “horticultural retreat.”

Laguna Beach, CA 92651
MLS#: OC22062741
$6,849,000
4300
sqft
5
Baths
5
Beds
An incredible opportunity to acquire a revitalized masterpiece steps away from one of the most iconic beaches in Orange County, Crescent Bay. Construction is currently underway with Fully approved, stamped, architectural, structural plans and permits by renowned developer & designer James Dunn. Exceptional sweeping views of the Laguna Beach shoreline, with dramatic ocean views and Catalina Island, panoramic, white water, and city lights with Mesmerizing sunset views. This timeless contemporary coastal beach house with living space optimizes the abundant natural light. Features over 4,300 sq. ft. of living space, 5 bedrooms, 5 bathrooms, and parking for up to 6 cars! Now is your chance to purchase your dream beach home and have built-in equity at the low price of $6.849 million, or move into a fully completed renovated spec home at $8.849 million by YEAR-END! Impeccable attention to detail with no expense spared. This home offers lavishly elegant and refined home design with the highest quality craftsmanship and materials to deliver a spectacular one-of-a-kind Beach home. This could possibly be the needle in the haystack you have been looking for. Now is the time to choose your perfect dream home. 135 Crescent Bay is situated in a walkable location with easy access to upscale restaurants, chic boutiques, and art galleries. Just a short walk to all 5 beach coves of North Laguna, Crescent Bay, Heisler Park, Main Beach and minutes from all the amenities Newport has to offer as well.

Newport Coast, CA 92657
MLS#: PW22108205
$3,800,000
2659
sqft
4
Baths
4
Beds
Welcome to Three Stonepath, now offered for sale for the first time, by the original owner. This elegant Tuscan-style estate in on the shoulder of a five-home cul-de-sac, with only one adjoining neighbor. A sought-after detached casita on the grounds is perfect for use as an office, private guest quarter, or optional fourth bedroom. The home opens into a grand entrance foyer, with a two-story domed ceiling, crowned with illuminated alcoves and a custom hand-built wrought-iron staircase. The kitchen features fine Wolf and Subzero appliances, dual dishwashers, and marble and stone countertops. All bathrooms are tiled to the ceilings, and the master bathroom includes dual-wing walk-in closet, a walk-in shower, and a jetted soaking tub. The master bedroom opens out to a large rooftop balcony, with views of the trees and surrounding greenbelt. No expense was spared in every imaginable upgrade, including Richard Marshall hardwood flooring and crown molding, luxurious smooth-wall texturing, window coverings, and a whole house audio system. The home’s infrastructure is rock-solid, with fully insulated interior walls, solid wood doors, a three-zone HVAC system (the two main units were replaced in 2021), epoxy coated water supply lines, and whole-home water filtration system. All closets, including the casita, are cedar-lined and built out by California Closets. The garage has an epoxy-coated floor, and California Closet-installed storage. The fieldstone paver/gravel grounds were designed by Rogers Gardens, and incorporate elegant hardscape and landscape transitions, a grand outdoor gas fireplace, fountains, and a built-in barbecue/outdoor kitchen. Belcara is a Taylor Woodrow build located in Pacific Ridge, one of Newport Coast's most prestigious private communities. This exclusive guard-gated community of 400 homes sits high on the ridge above Crystal Cove State Park, and is adjacent to thousands of acres of dedicated open space. Resort-style community amenities include a junior Olympic salt water pool & spa with ocean views, wading pool, and an entertaining area with BBQ & fireplace. Don’t wait until tomorrow--a listing with this casita model hasn’t been available for more than ten years.

Newport Beach, CA 92663
MLS#: OC22107835
$695,800
994
sqft
2
Baths
2
Beds
Your search has officially ended! You finally found that perfect Private Oasis tucked away in the trees surrounded by a beautiful park like setting located in the highly sought after Newport Terrace Community. A SINGLE STORY, GROUND FLOOR, END UNIT. Rarely will you find such a beautiful home in one of the best locations in the entire project that happens to check all your boxes. Welcome home! Come on in and enjoy the endless array of upgrades and amenities throughout the entire home beginning with the beautiful extra large slate tile floors, solid wood shutters & baseboards & door casings & solid panel doors, soaring cathedral ceilings, countless windows providing abundant natural sunlight in and endless views of the trees and luscious landscape surrounding your private home. This home has been completely upgraded and remodeled offering an open floor plan that flows well. The living room is very inviting offering a stacked flagstone faced fireplace, cathedral ceilings, windows and shutters that are great for entertaining your guests or for just relaxing and enjoying the comfortable surroundings. The kitchen shares an open floor plan theme with the dining room/area offering wooden cabinets, stone tile countertops, stainless steel GE Café appliances, dining island/countertop/bar with numerous storage options and a double sliding glass door leading out to the oversized private patio providing privacy and the feeling that you are at a true resort. The master bedroom also offers dual sliding glass doors leading to the oversized private patio, This unique setting provides ample room for adding any personal amenities you may desire so, be creative (Plants, Barbeque, Table, Chairs, Water Fountains, Lighting, Bar, etc.). In addition, the large master bedroom has soaring vaulted ceilings and mirrored wardrobe closet doors providing a very open and free feeling. Down the hall you will find the two separate bathrooms, the designated laundry closet and the 2nd bedroom/office/den/gym. All appliances and furnishings are negotiable separately. This is a Single Family Attached Residence classified as a condo within a Homeowners Association. In addition to all of the amenities that this private home offers, it is also located in a community that offers a Gated Pool, Hot Tub, Showers, Barbeques, Playground, Sports Courts, Park Like, Common Areas, etc. Do not pass this one up, it is truly a turnkey and a must see property. Come view your new home, you will be glad you did.

Newport Beach, CA 92660
MLS#: 22159413
$2,850,000
3016
sqft
3
Baths
3
Beds
Big Canyon Incredible Two Story Family Home ready for your Buyer to transition into their family's dream abode! Wonderful location w/ easy entry thru the West Guard Gate nearest to Jamboree. Most desired Monaco model offers tranquil gated patio entry leading inside to a foyered entry leading to a two story glass walled living room with gardened yards and a welcoming fireplace. The large dining area leads to a separate bar. The connected kitchen sports a large breakfast room overlooking the patio gardened entry. A downstairs majestic master is large & looks out at the gardened yard with room for a desk, a walk in closet, and an attached bath with a glass walled sunken tub & separate shower. A downstairs laundry area, a powder bath, and guest closet leads to the three car garage. Upstairs boasts two bedrooms, one which was added onto, and a large separate 3/4 bath.

Newport Beach, CA 92663
MLS#: NP22108154
$695,000
1346
sqft
3
Baths
3
Beds
Newport Terrace is one of Newport Beach's hidden gem communities. Located at the end of 19th street surrounded by nature, walking trails and ocean breezes. 5 Riptide Court is in a prime location within this special community. Close to the community pool, sport court, park and nature trails into Canyon Park. This well loved home has all the potential with 3 bedrooms 2.5 bathrooms, large family room, Vaulted ceilings in the master bedroom, walk-in pantry and in door laundry. The tranquility in this community is unparalleled.

Newport Beach, CA 92660
MLS#: NP22105006
$3,350,000
2191
sqft
3
Baths
5
Beds
Enviably set on an over 10,000-sqft corner parcel in the Port Streets, this delightful Newport Beach residence is a rare gem and a must-see as it offers endless possibilities. Warm and inviting, the living area draws in guests with its stately fireplace, vaulted ceilings, and skylights ushering in abundant sunlight. Wide-plank wood floors and walls of picture windows frame the serene outdoor views of this oversized lot that also boasts a 3-car garage with workshop. A bright, white kitchen displays a suite of stainless-steel appliances, plenty of gorgeous cabinetry, granite countertops, a breakfast nook, and more. All bedrooms are generously sized with plantation-shuttered windows, large closets, and ceiling fans. Outside, alfresco get-togethers are bliss on your patio, surrounded by a vast manicured lawn with mature trees, lush foliage, and additional space to enjoy the outdoors. Take a tour while this opportunity is still available.