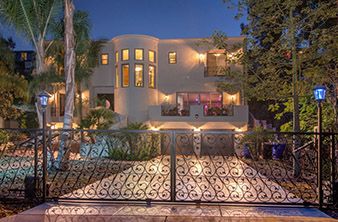 Located just west of Hillcrest and overlooking Mission Valley and Presidio Park, Mission Hills is one of San Diego's oldest and most desirable neighborhoods. The area was developed in the early 1900s and is one of the most architecturally impressive neighborhoods - most of the area restored to pristine conditions.

Mission Hills was subdivided in 1908, and over the years, some of San Diego's premier architects designed homes in the neighborhood, including Richard Requa, William E.

What Makes it so Special?

Just a stroll through the neighborhoods north of West Washington Street may result in you wanting to live in Mission Hills. Old stately homes, quaint craftsman bungalows large mansions -- all immaculately manicured on quiet streets, help to give Mission Hills its appeal.

First and foremost, the homes. Mission Hills is a far cry from new cookie-cutter subdivisions and the older, but well-appointed homes each have its own unique characteristics and charm.

Mission Hills has its own business district that you can stroll to. Most of the local businesses are located along West Washington Street from Hillcrest and on to the east. The business hub of Mission Hills is along Goldfinch Street between Fort Stockton and West Washington. Restaurants, shops, pubs ​​​​​​​ services give residents just about everything they might need.