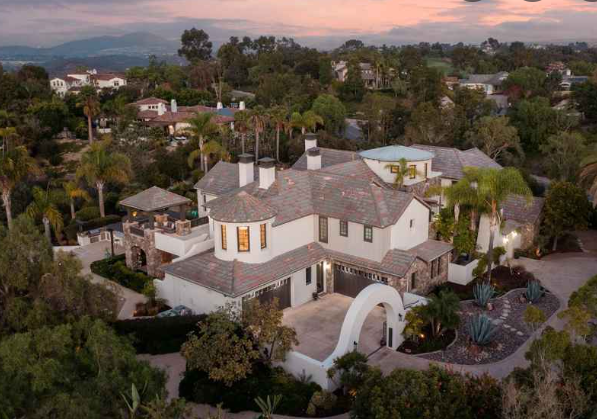 San Diego encompasses more than 350 square miles in southern California, including an expansive area in the North County of San Diego. The laid-back California vibe blends with an upscale lifestyle that flourishes along the rugged coastline and adjacent interior. Carmel Valley has attractions and activities for everyone, making it an ideal vacation destination or a quick escape from the city’s bustling energy.

Carmel Valley was known as North City West until the 1990s. The newly renamed community is located approximately 20 miles north of downtown San Diego, just off the I-5. This scenic, affluent neighborhood exudes old-world charm and has conveniently placed modern amenities that make it an attractive location to visitors and residents.

The earliest known inhabitants of Carmel Valley were the La Jolla and subsequent Ipai peoples, who left cultural artifacts along the banks of Carmel Creek. During the Rancho period, the area was known as Cordero, after a Spanish "leather jacket" soldier. Following the California Gold Rush, miners drifted south and established homesteads here. McGonigle Canyon was named after an early settler. An old adobe Butterfield pony express and stagecoach stop sat next to a spring along old El Camino Real until the late 1970s. Later, the area was largely used for horse farms and agriculture, focusing on drought tolerant crops such as lima beans, which were grown on the property that later became The Grand Del Mar golf course.

Around 1905 the Carmelite Sisters of Mercy established a dairy farm and monastery in the area. The site, on the south side of Carmel Creek, was connected by a bridge to the St. William of York Church, whose cemetery includes the graves of some of the nuns and priests. Among other things, the nuns raised pigs, and even now local animal-keeping provisions say, "except for swine." Carmel Mountain, the last undeveloped coastal mesa in Southern California, takes its name from these nuns.

While the area has long been known to local residents as Carmel Valley, the master plan commissioned in 1974, adopted the name "North City West." This plan, inspired by Kevin Lynch, attempted to reduce sprawl by confining development to the mesa tops, leaving the canyons untouched. Planned development centered around an urban core surrounded by decreasing residential densities, where higher density residential areas were traded for increased community open space.

Carmel Creek, now largely marked by SR-56 and the CVREP corridor, was intended to meander freely to the sea, allowing water to return to the ground and providing residents with natural open space and recreational opportunities. The first houses in the planned community were built in 1983.

San Diego, CA 92130
MLS#: PTP2207543
$2,285,000
3283
sqft
5
Baths
5
Beds
Picture yourself living on a premium corner lot in a gated community. This south-facing 5 bedroom, 4.5 bath home is truly made for both entertaining and everyday living. Upon entering, you are welcomed with a spacious open floor plan, high ceilings, & rich natural light. The gourmet kitchen - heart of the home - is complete with stainless steel appliances, large customized granite island you have to see to believe, plenty of cabinets. roomy pantry, and impressive bi-fold door that leads outside to the fully landscaped backyard with no neighbors behind. Guests will have a comfortable and relaxing stay with four guest bedrooms - one on the main floor - four guest bathrooms, and a bonus upstairs loft that can double as a second family room. Unwind at the end of a long day in your relaxing primary suite complete with a spa-like bathroom - split vanities, freestanding soaking tub, separate rain shower - and generous walk-in closet.

San Diego, CA 92130
MLS#: 220028768SD
$900,000
1351
sqft
3
Baths
2
Beds
Your dream home is waiting for you! Discover a bright and open interior with plenty of natural light and a neutral color palate, complimented by a fireplace. Step into the kitchen, complete with an eye catching stylish backsplash. Head to the spacious primary suite with good layout and closet included. Additional bedrooms provide nice living or office space. The primary bathroom is fully equipped with a separate tub and shower, double sinks, and plenty of under sink storage. A must see! Sewer: Sewer Connected Topography: LL

San Diego, CA 92130
MLS#: 220028371SD
$1,899,000
3190
sqft
4
Baths
5
Beds
The opportunity to live in Pacific Highland Ranch, one of Carmel Valley's most desired communities, has arrived. This Elms plan 3 home offers elegant, upscale living through the beautiful high-end hardwood flooring, large open great room with gas fireplace and sliding doors, plantation shutters, designer window treatments, oversized kitchen pantry, tankless water heater, and a true guest retreat on the main level that is separated by a beautiful custom barn door. The second level offers a primary retreat with spacious walk-in closet, 3 additional bedrooms, plus a generously sized loft. With an abundance of windows, this home is light, bright, and extremely inviting. Sitting on one of the largest lots within the community, the backyard offers an outdoor fireplace, rec area with basketball hoop, and plenty of additional space to create an outdoor kitchen or dining pavilion. The extra long driveway with capacity for up to 4 cars and the privacy gate leading to the front entry are unique attributes that contribute to this home's desirability. Located just minutes to the newest Del Mar school Pacific Sky, Pacific Trails Middle School, and Canyon Crest Academy as well as shopping and dining at The Village of Pacific Highlands Ranch and outdoor activities at the PHR Rec Center and Pump Track. Sewer: Sewer Connected Topography: LL