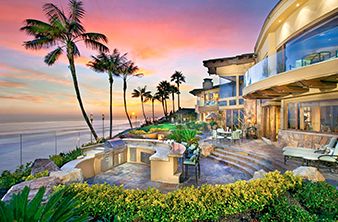 Carlsbad’s Quality of Life is Unmatched. Where else would you find a seaside community that is small enough to have village charm yet large enough to be a world-class business environment?

Carlsbad is a community with near-perfect weather and two world-class resorts. It supports economic development yet sets aside 40 percent of its land for open space. It has attracted an international theme park and has become the golf capital of the world. Carlsbad has a commuter train, great bus service and the busiest single-runway airport in the nation. A great place to live, with miles of beaches, a wide variety of housing options, terrific shopping, a world-class public library excellent schools.

Where else but Carlsbad, California? Fortune Magazine rated Carlsbad as one of the nation’s five best places to retire. “An affordable Southern California dream lifestyle is still available in about one place: Carlsbad,” the magazine boasted in 1997. Fortune pointed out that our community has ample open space, a low crime rate, a near-perfect climate, smog-free ocean breezes, and is not in an earthquake fault zone. In 1999, Where to Retire Magazine rated Carlsbad among the best retirement towns in Southern California.

Carlsbad’s population has grown considerably as more and more people become acquainted with the area. In fact, the population has increased five-fold since 1960, but the city’s award-winning Growth Management Plan ensures that the city retains its small-town charm. Despite Fortune calling us a retirement haven, Carlsbad has a relatively young population, with a median age of 32, and 78 percent of residents under age 55.