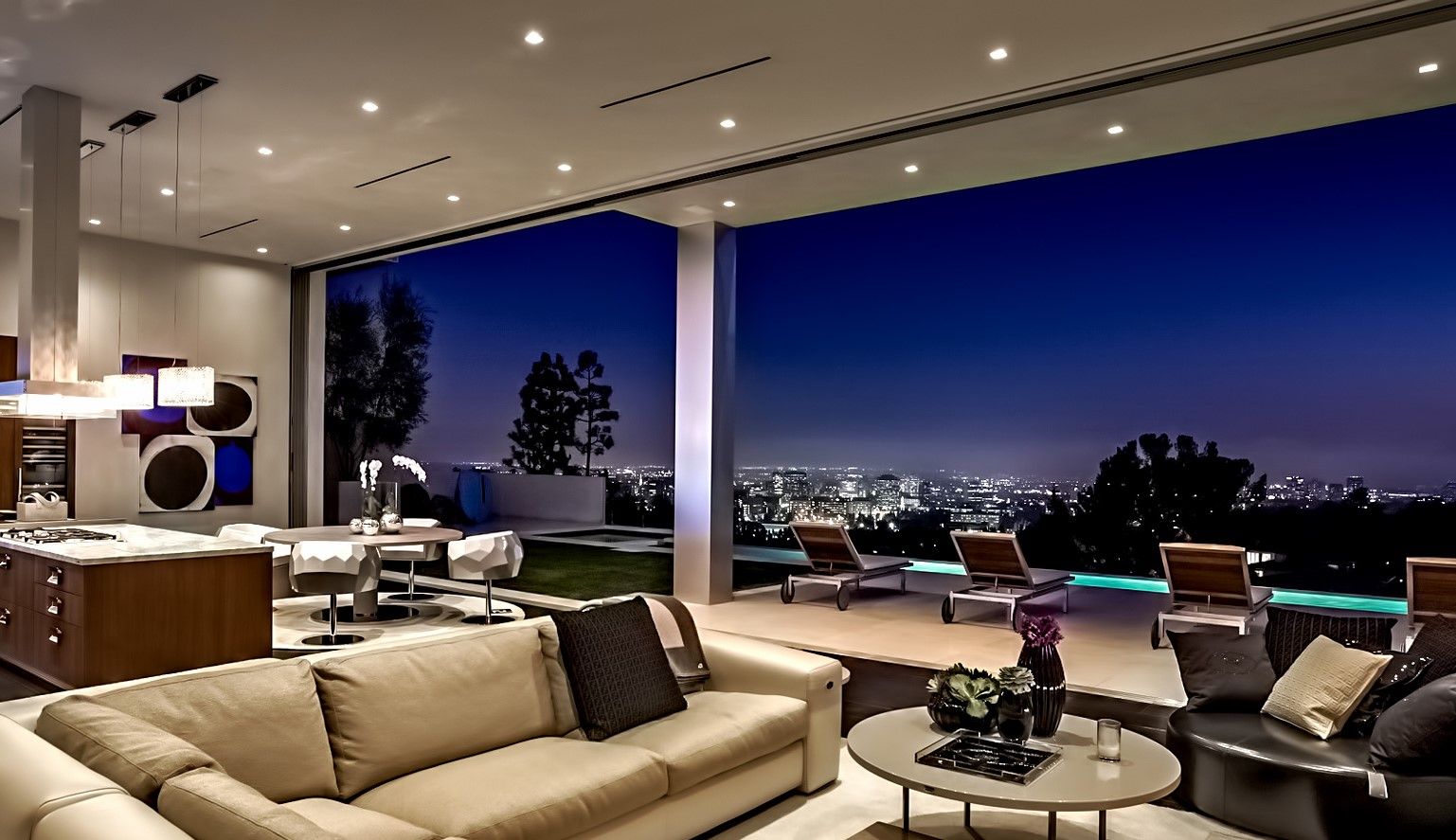 Bel-Air is a ritzy residential enclave in the verdant foothills of the Santa Monica Mountains. Two stately entrance gates off Sunset Boulevard lead to winding streets lined with lavish mansions on large properties with lush vegetation. Popular with celebrities and entertainment industry elite, the neighborhood is home to the landmark Hotel Bel-Air, a longtime luxury hideaway, and the exclusive Bel-Air Country Club.

Bel Air is one of the three communities (along with Holmby Hills and Beverly Hills) making up the Platinum Triangle in Los Angeles. Located among the foothills of the Santa Monica Mountains, Bel Air was designed as an estates community when it was first founded and developed by Alphonzo E. Bell in 1923. Bel Air real estate is governed by local ordinances regulating lot size, architectural styles, and forbidding almost all multi-family housing, which explains, in part, why Bel Air has the highest median household income of any area in Los Angeles and is among the areas with the lowest population density in Los Angeles with only 8,261 residents in six square miles. Appreciation of the median home price in Bel Air has increased over 400% since 1990